Moveworks and Microsoft Teams: Adding instant support to the hub for teamwork 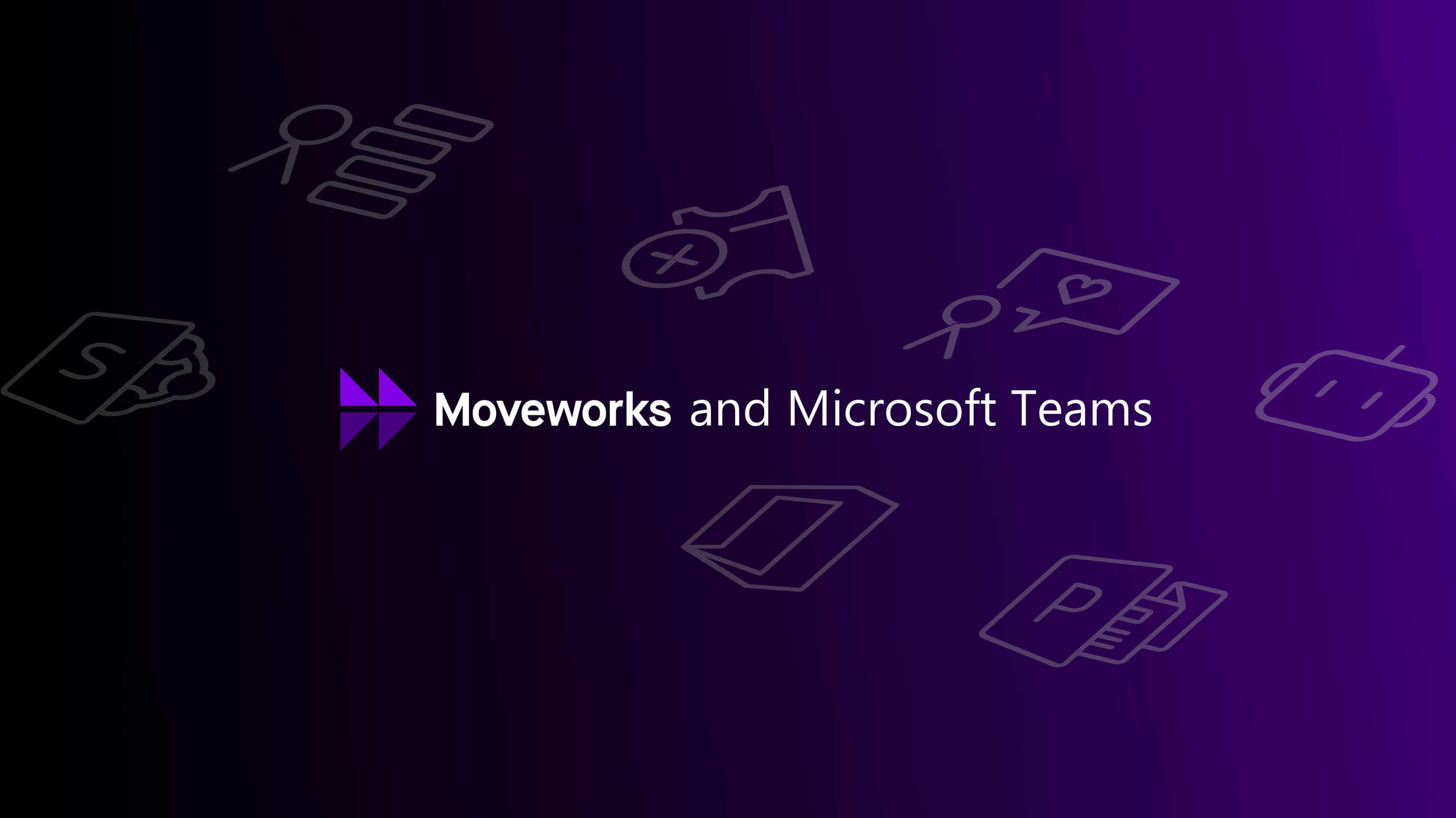 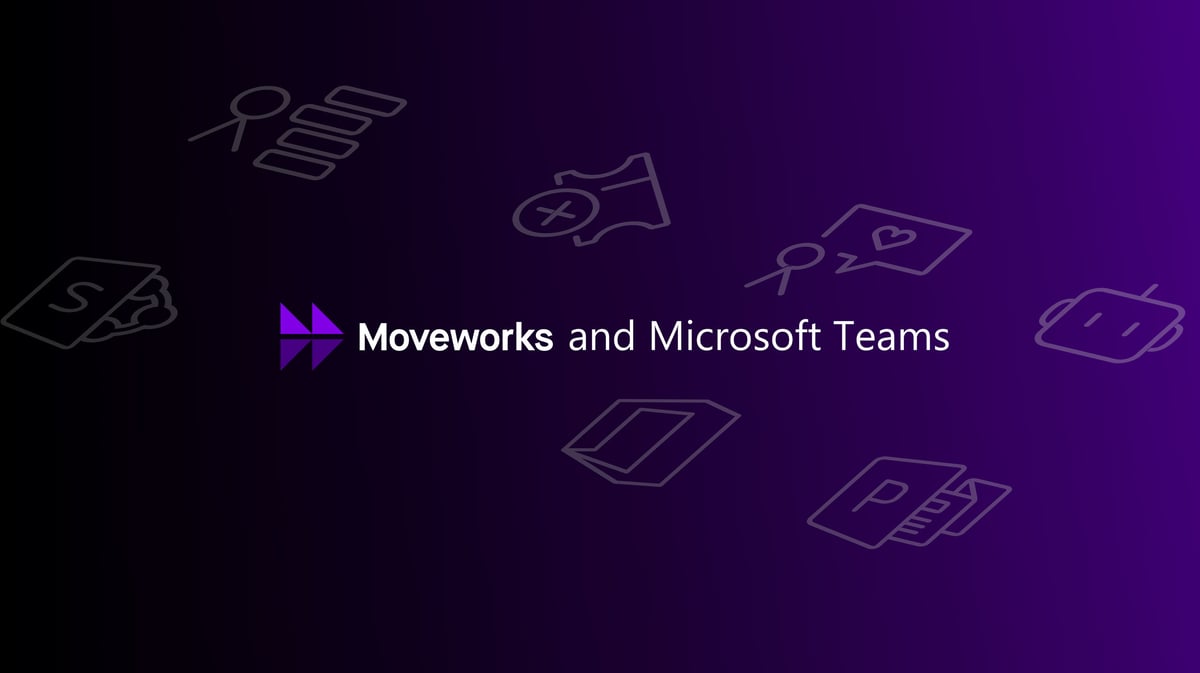 With Microsoft Teams, you can already collaborate from anywhere, share files with all the right colleagues, and go from chat to video conference at the touch of a button. Now, you can also resolve your support issues, instantly, without ever leaving Teams.

That’s because Moveworks is today announcing its partnership with Microsoft to transform Teams into an autonomous support channel. Employees can submit their IT, HR, Finance, and Facilities issues straight to the Moveworks chatbot in Teams using natural language, which our AI analyzes to deliver the best resolution. From troubleshooting problems, to software requests, to work-from-home questions, and much more, issues that take days for help desk agents to solve can now be solved in seconds — with Moveworks on Teams.

“The Moveworks integration will now allow our joint customers to empower their employees to use Microsoft Teams to resolve their most critical support issues, instantly and autonomously.”

Teams connects coworkers regardless of their physical location, since it brings together all the relevant resources and project participants on a single tool. As a result, the shift to working from home has rendered Teams more critical than ever before. The companies thriving during this period have prioritized the real-time interactions that collaboration hubs make possible — interactions that happen naturally in the office, but which prove difficult to replicate on conventional channels like email.

Yet when it comes to support, most companies have not implemented this kind of real-time approach, meaning their employees still rely on such conventional channels. Whether these employees email the help desk or try to track down the appropriate form, agents must read through thousands of support requests, before determining which among hundreds of specialized assignment groups can help. The assignment group then emails back and forth with the submitter, often passing the issue off to other groups along the way. It’s a process that takes days, sometimes weeks, to conclude — hindering knowledge workers who depend on their accounts and devices to stay productive while remote.

Enter Moveworks, which brings the real-time interactivity of Teams to employee support. Moveworks applies machine learning and natural language understanding (NLU) to automate every step of the support process, eliminating the delays caused by back-and-forth emails between agent and submitter. The Moveworks bot in Teams is unique in fulfilling many support requests without any agent intervention, via deep integrations with enterprise systems:

The Moveworks bot currently resolves more than 40% of all IT support issues at dozens of large enterprises, while our machine learning models continue to improve with every conversation. More than 250 million support tickets' worth of training later, Moveworks is handling issues like provisioning software right in chat:

And ordering devices with just a few keystrokes:

No matter where you are, no matter when you need help, and no matter how you ask, Moveworks is there to understand your issue and resolve it within seconds.

Given the increasing importance of collaboration hubs, a key benefit of adding Moveworks to Teams is the bot’s proven track record of organically driving up Teams adoption. This was the experience that Equinix — the world’s largest interconnection and colocation platform — had when sunsetting Skype for Business. 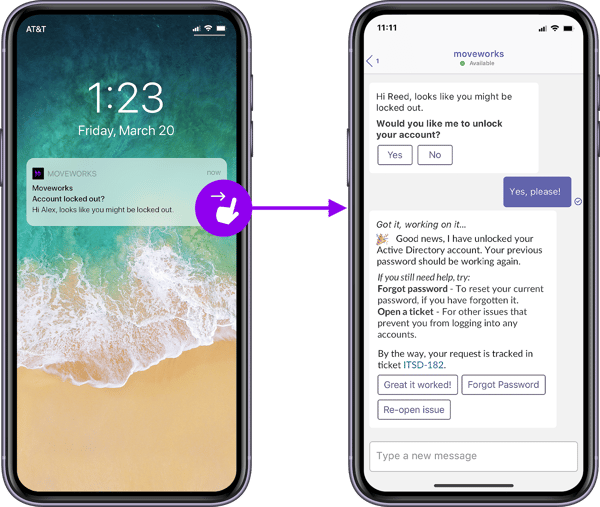 Greg Ogle, Equinix’s Vice President of Global IT Infrastructure, and his team needed to convince employees to quickly transition from Skype to Teams. As an incentive, they made Moveworks available exclusively in Teams, with the Moveworks chatbot sending employees notifications about their tech issues that led them straight to the new tool. While total employee adoption of Skype never exceeded 25%, adoption of Teams skyrocketed to 75% before Skype was shut down. And thanks in part to Moveworks, Teams adoption rose to more than 90% by the end of last year. Check out the full case study here.

“Leveraging the bot helped with our transition to Teams across the company. By the time we finally did shut down Skype, it was a non-event. If you’re a Teams shop, Moveworks can extend the platform and bring it new life.”

The future of employee support

As companies embrace the shift to working from home, Teams has become pivotal to workflows across departments and across industries, allowing employees to maintain their productivity and their connections on a unified platform. Moveworks simply lets them get that work done faster, turning days of back-and-forths with the help desk into seconds of painless conversation on Teams. Indeed, even after the world no longer needs to work remotely, this more efficient way of doing business will become the new normal.

The Moveworks and Teams integration signals a decline in button-clicking tasks for service desks and support teams — freeing up manpower for more rewarding, more impactful digital transformation projects. And crucially, that time savings isn’t limited to the issues that AI resolves from end-to-end. At Equinix, for example, Moveworks triages over 3,000 tickets per week on average, which saves the help desk from having to read and route each and every one.

Less than a year after launching the bot, Equinix has already witnessed a 32% reduction in the average IT ticket’s lifespan — a figure which continues to climb as Moveworks gets smarter. At Equinix and beyond, the Moveworks integration with Teams allows companies to resolve support issues even faster, and for even more employees.